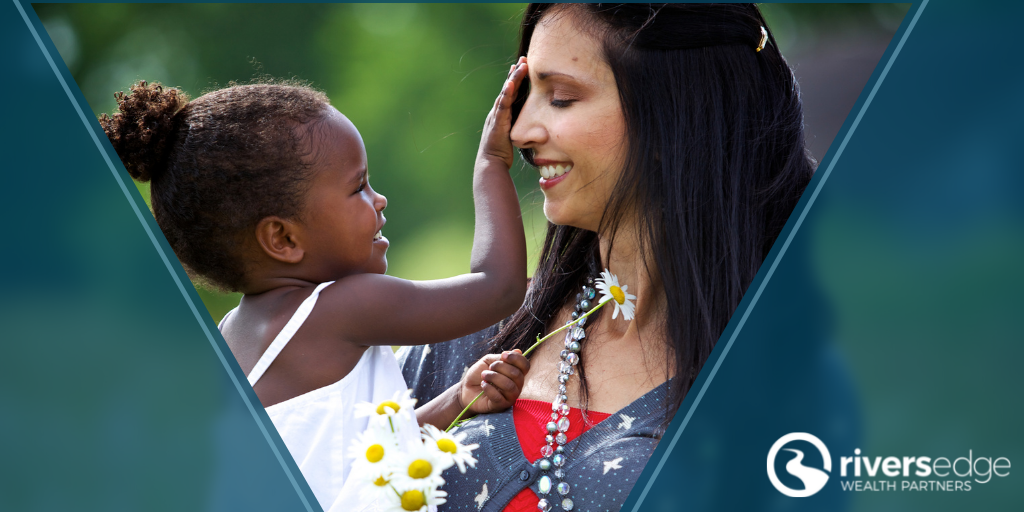 Research shows different priorities and values among diverse demographic groups when it comes to wealth planning; for advisors, better understanding can lead to better client conversations.

Wealth is diversifying in the U.S. Over the past six years, the number of affluent households—those making more than $125,000 a year—in minority communities has grown faster than the general population. Affluent Black/African American, LGBTQ+ and Hispanic/Latino households have grown by 65%, 76% and 81%, respectively, compared with the 53% growth in the broader population, according to three new studies released by Merrill Lynch and conducted by research firm Ipsos.

Merrill’s body of research, titled “Diverse Viewpoints: Understanding Affluence in the U.S.,” is based on qualitative and quantitative research that found notable differences in the financial goals, motivators and challenges facing these three demographic groups, compared with the general population. 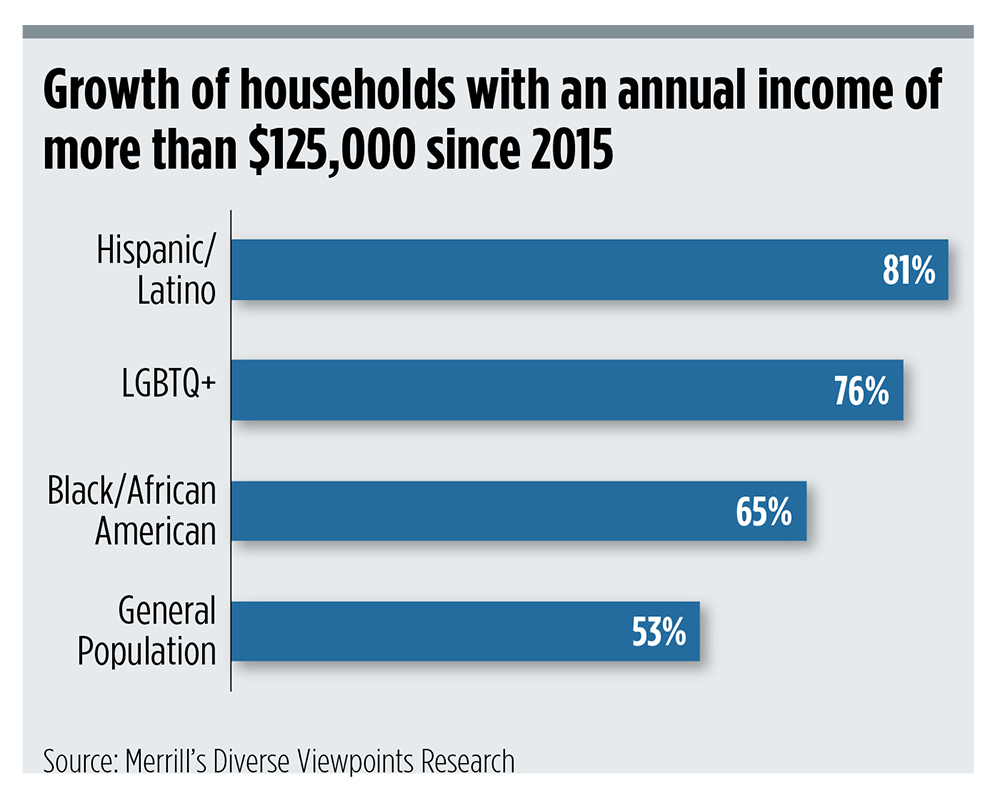 “We can never walk in someone else’s shoes,” said Kirstin Hill, chief operating officer at Merrill Lynch Wealth Management. “But we can, and we need, to better understand one another. We in the wealth management industry, in general, deeply understand how different experiences and different backgrounds influence our clients and our prospective clients’ perspectives on money and success.”

Merrill recognizes that these communities are not monolithic, yet there are insights to be gleaned from the unique needs and preferences common to the group, and in terms of how they like to work with advisors.

For instance, 58% of affluent Black/African Americans already work with advisors, compared with 49% for the affluent general population.

“Having a planning mindset when you approach the community is going to be important,” said Craig Young, National Business Development Executive at Merrill. “The Black/African American community is telling us they see a significant amount of value in advice.” 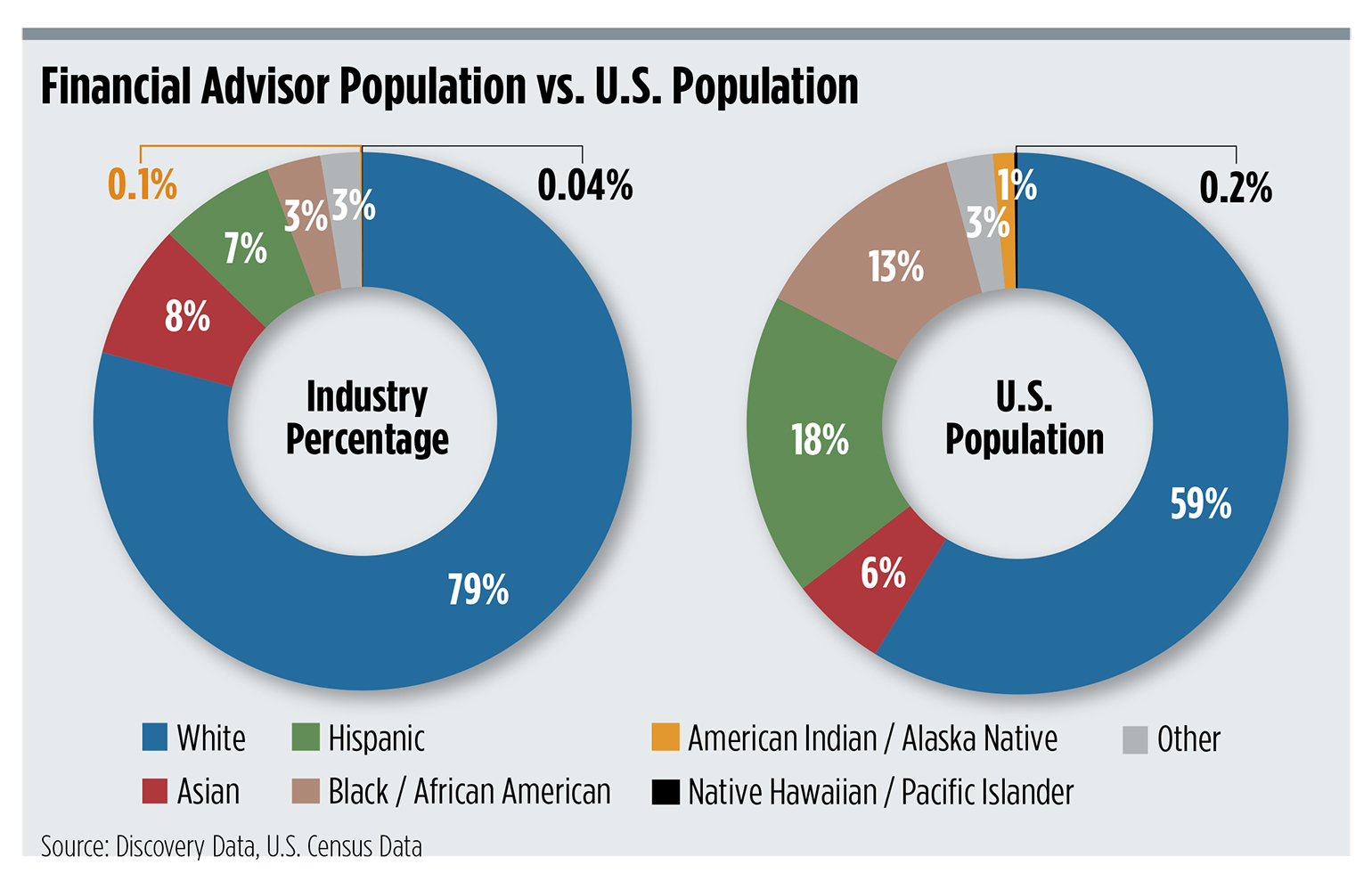 “As an advisor, I would encourage that you ensure you and your teams are prepared to understand the unique needs and differences that exist within this community,” Young said, speaking specifically about the Black/African American community. “And that includes how you’re represented and how you are representing that community with the complexion and diversity within your team.”

“I think the No. 1 way you get a community to feel like you understand them is when you do have people that look like them,” Young said. “It doesn’t have to necessarily be the only reason why someone does business with you. But when you hire people who are part of the community, it’s a powerful show of force.” 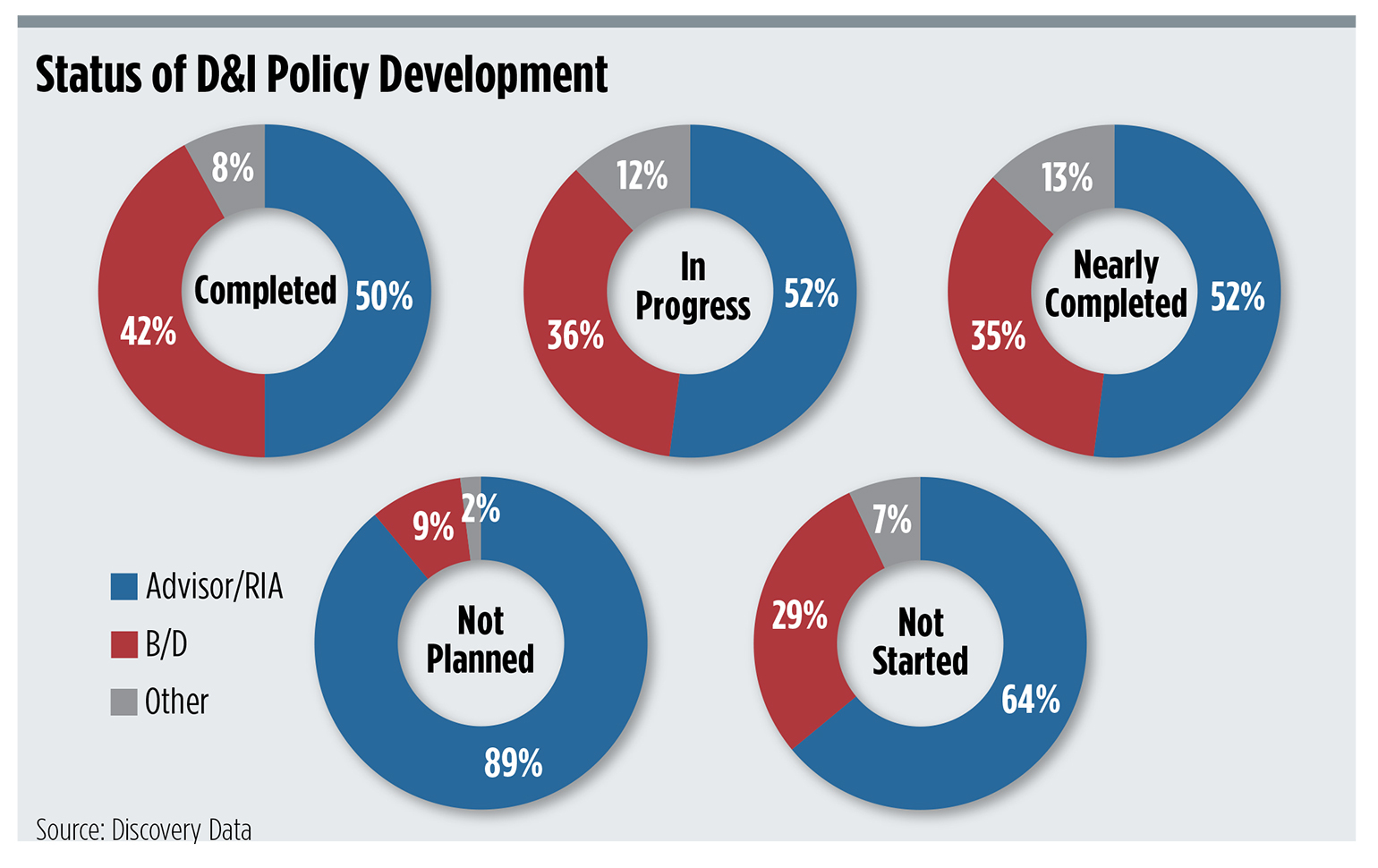 Merrill surveyed 455 affluent Black/African Americans, and one notable theme to emerge was a high value placed on hard work and entrepreneurialism. The firm reported that a core value for this community was not just working hard, but also having to work harder than others, whether that’s in school, in a corporate environment or in running a family business.

In fact, 60% of affluent Black/African Americans said they have had to work harder than others to succeed, compared with 29% of the general population. In addition, they are four times more likely to plan to start their own business in the future than the general affluent population.

“You combine those things together—no question that you’ll get a community that is really focused on investing in blood, sweat and tears,” Young said. “And maybe not as much emphasis placed on the financial markets and passive income.” 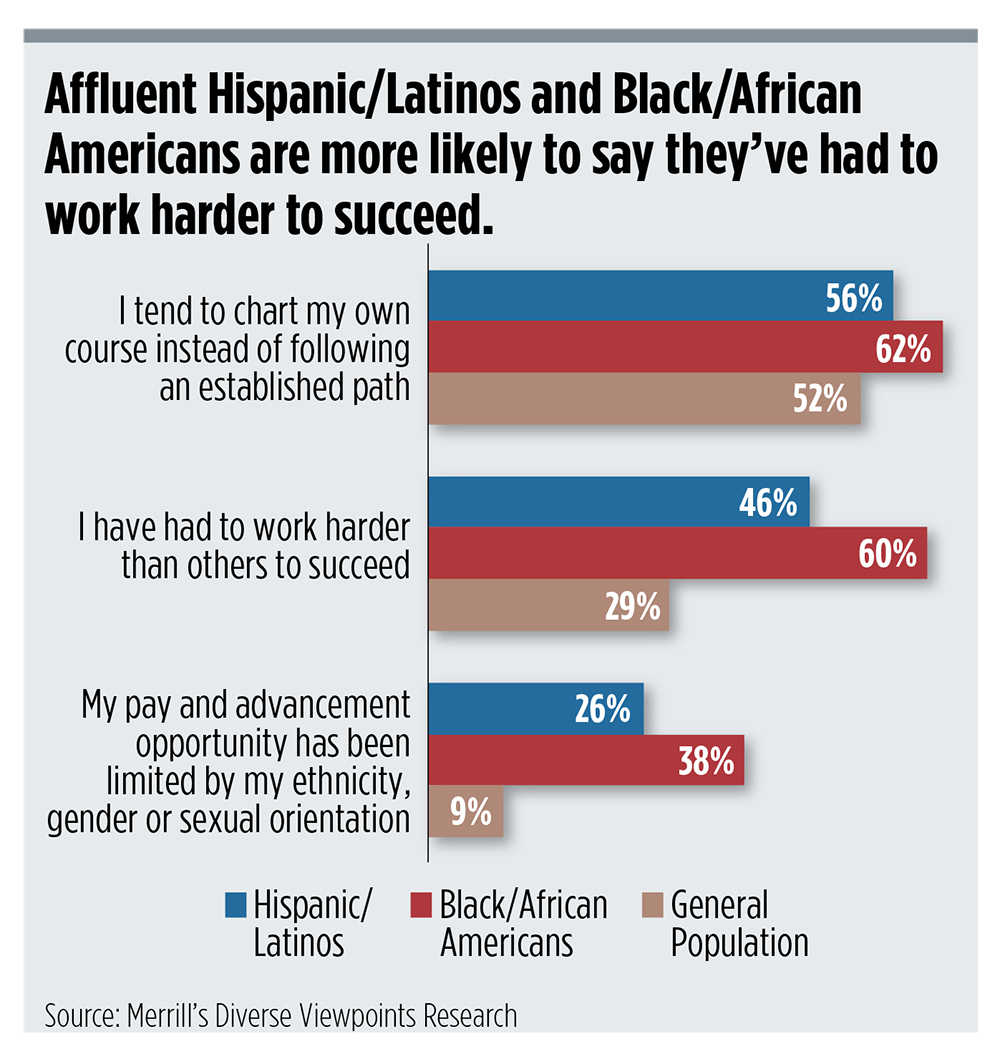 This community also values learning from people who have worked hard and proved they can be successful in the face of similar challenges; they are four times more likely than the general population to view local business owners and community organization leaders as financial role models.

Many affluent Black/African Americans also believe that it’s the community that makes you, and there’s a need to pay homage to those that came before you, Young said. They are 40% more likely to feel it’s important to give back to their community and are 25% more motivated by a desire to set up future generations for success.

“In order to be able to give back, you’re going to have to set long-term plans,” Young said.

Ninety-one percent of affluent Black/African Americans self-reported that they have a financial plan, compared with 81% for the affluent general population, and they are 19% more likely to have created a financial plan on their own.

These investors are more skeptical of stocks, bonds and securities, and they’re less likely than the general population to invest through a retirement account. But the study found that they do prefer to invest in real estate, due to its tangibility. 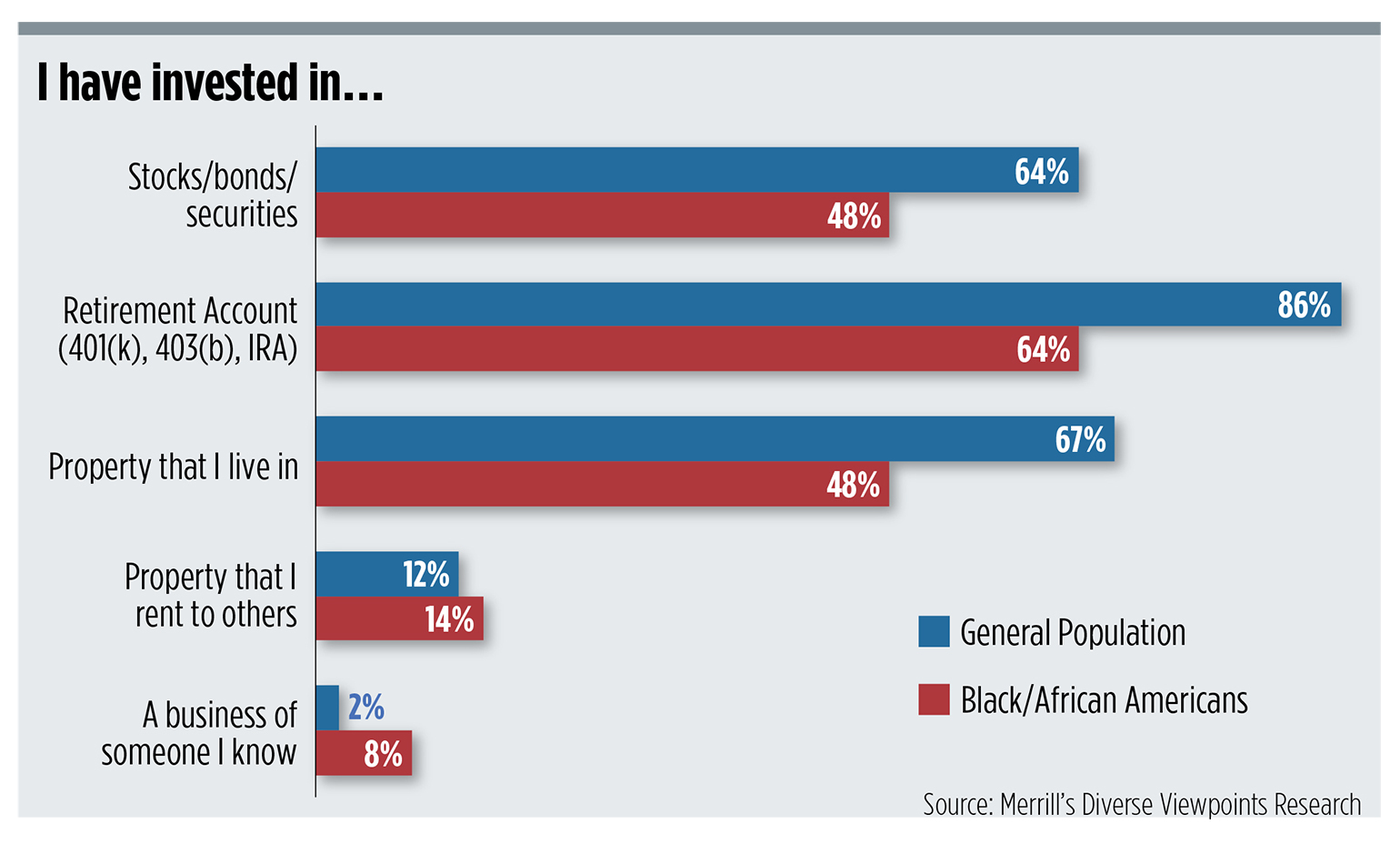 The data also pointed to affluent Black/African American women as financial powerhouses. These women are 30% more likely to describe themselves as financially savvy and are 37% more likely to be motivated by an ambition or desire for personal achievement, compared with the affluent general population.

“Ensuring that your team is equipped to understand the unique elements that come with working with a Black/African-American female who is financially savvy, who’s focused on giving back to the community and having financial independence—that’s going to be important to be able to bring them on as clients,” Young said.

Family at the Center: The Affluent Hispanic/Latino Community

In its survey of 512 affluent Hispanic/Latinos, Merrill found that family was of top importance to many in this community.

“You could not have a conversation about money and legacy without this concept of family being an inextricable thing that was brought up,” said Jennifer Auerbach-Rodriguez, strategic growth markets executive at Merrill. 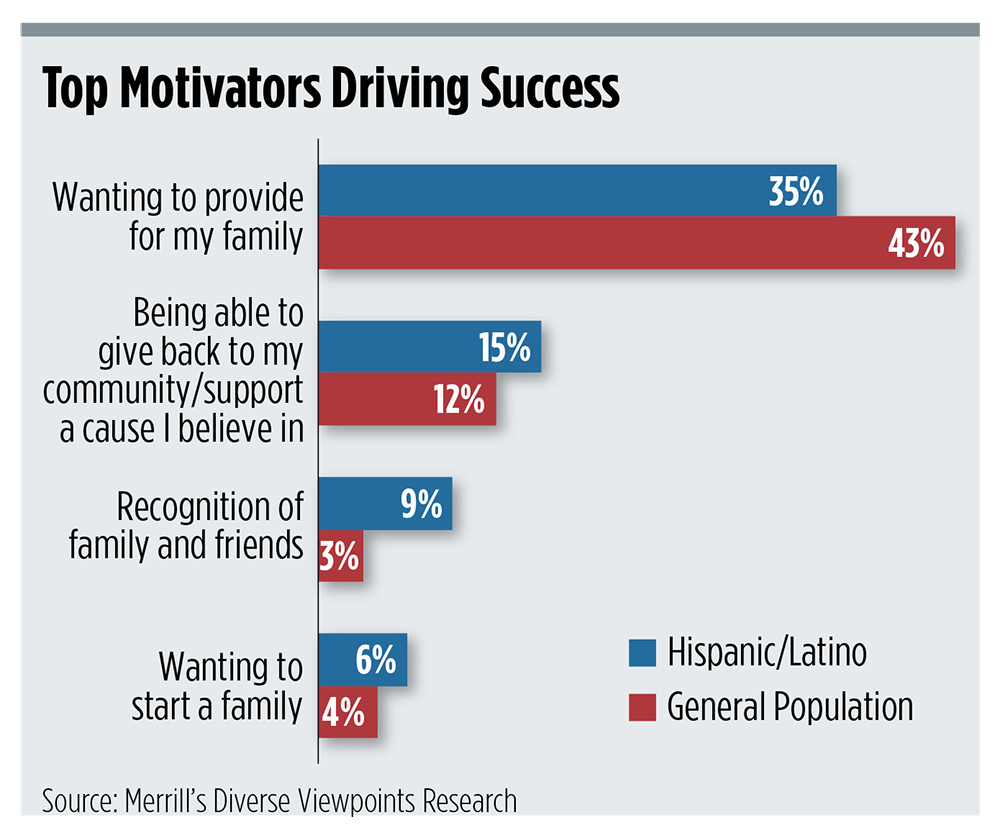 “Members of the affluent Hispanic/Latino community also describe a willingness to sacrifice aspects of their financial future in favor of supporting the current needs of their children and their aging parents,” Auerbach-Rodriguez said.

But providing for family can also bring stress, with this community being 25% more likely to say that supporting family is a source of financial stress.

And while this community wants to save for long-term financial goals, many of them have more immediate needs and barriers to achieving those goals. For instance, 32% of affluent Hispanic/Latinos rely on loans and credit to pay expenses, versus 21% for the affluent general population. In addition, home ownership trails the general population (67% versus 88%).

“Immediate needs, such as day-to-day expenses, are described as sometimes getting in the way of saving for long-term goals,” Auerbach-Rodriguez said. “Again, this notion of supporting aging parents while also providing education for their children is described as a stressor.”

Hard work surfaced again as a key theme for this community, with 46% indicating they’ve had to work harder than others to succeed, compared with 29% for the general population; more than a quarter feel their advancement opportunities have been limited by ethnicity, gender or sexual orientation, compared with just 9% overall.

Still, affluent Hispanic/Latinos feel that financial advice is important. They are three times more likely than the general population to place importance on working with an advisor who has a similar background to them. They are also more likely to be interested in learning how to invest and trade (21% versus 17% for the general population), prepare financially for health care needs (23% versus 18%) and create a budget and manage debt (16% versus 9%). Thirty-one percent of this community indicated that they currently invest using an online brokerage account, versus 9% for the overall affluent population.

“For many in the affluent Hispanic/Latino community, learning how to invest wisely and managing finances is described as a critical way to securing the future of their loved ones, and to achieve financial legacy—to ensure that inheritance can be passed down—many in the affluent Hispanic/Latino community are already turning to financial institutions and financial advisors to achieve their goals as well,” Auerbach-Rodriguez said.

The LGBTQ+ community continues to represent an increasing portion of the overall population in the U.S., and with that, increased purchasing power and wealth. In its survey of 509 affluent LGBTQ+ Americans, Merrill found that financial independence and the ability to live one’s life authentically were key themes.

Notably, one-third of LGBTQ+ Americans report not feeling accepted by their family, and 58% say they’ve had to chart their own path financially.

Fifty-three percent said their top financial priority was to “live life how I want,” while 44% prioritized being financially independent, 25% prioritized pursuing activities they love and 19% prioritized giving back to their community. 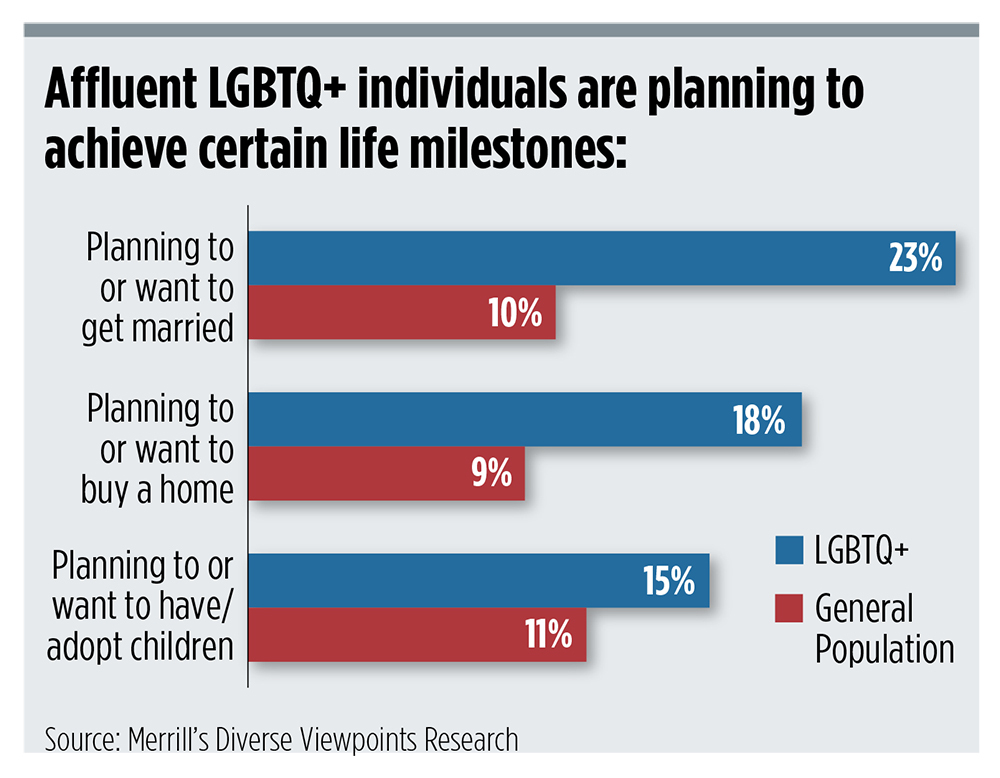 “Folks in the LGBTQ+ community are still striving to achieve them due to obstacles such as marriage equality in recent years and financial burdens that come with some of these areas in marriage, home purchase and starting a family,” she said.

For instance, for some looking to start a family, costs of a paid surrogate, egg donor and legal fees can add up to more than $100,000, according to the Family Equality Council.

Further, families often help financially when planning a wedding or buying a home, but many in this community feel alienated from their families.

“A lot of this community does not have that home advantage,” Saraniti said.

The LGBTQ+ community also faces unique health care and long-term care challenges. They are 30% more likely to list paying health care as a main financial stress. They may be faced with higher long-term care costs than the general population, where a spouse or a child caregiver can mitigate some expenses. Gender reassignment procedures and hormone therapies can be costly. 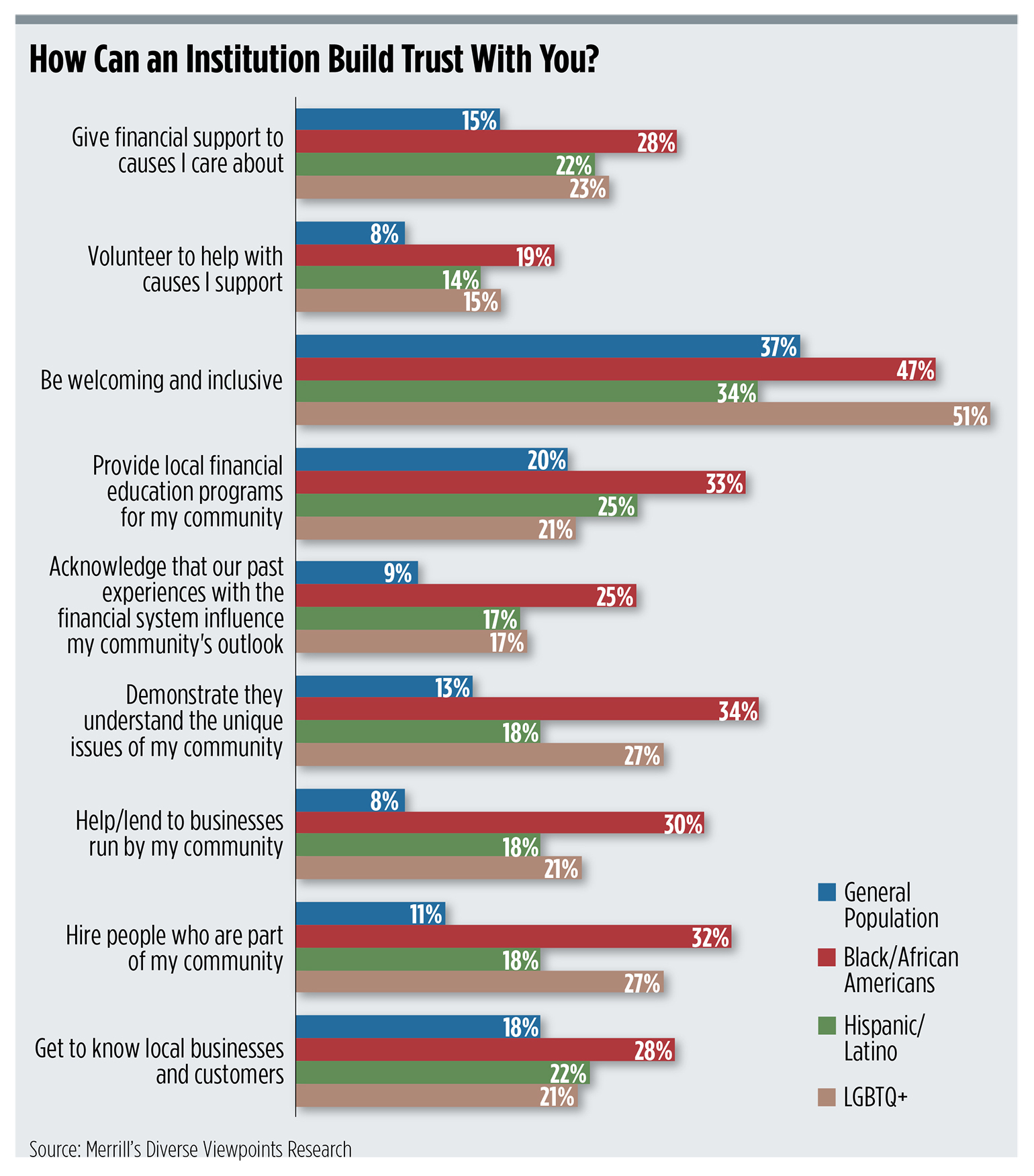 More than one in five LGBTQ+ Americans is not investing in the markets, yet more than half (52%) of them say they trust financial advisors. That compares with 37% for the general population. And while only 9% said they would prefer to work with an advisor in their community, they all said it was important that their advisor understand LGBTQ+ concerns and perspectives.

“This is not a community that generally does planning, and this is probably a community that needs planning almost more than anyone else because of some of those specific needs we talked about, especially in family building, home purchase, marriage, retirement andhealth care,” Saraniti said.

“Wealth management is intended for everyone, and there’s probably a greater need for our diverse communities now than ever before,” she said.

Read the original article on WealthManagement.com

Content in this material is for general information only and not intended to provide specific advice or recommendations for any individual.

All information is believed to be from reliable sources; however LPL Financial makes no representation as to its completeness or accuracy.